General Election 2015, Boring, Maybe but Vital to our Future!

So, here we are, in the last 4 days before the 2015 General Election, bored to tears you maybe but this is the most important and dangerous General Election for the past 100 years so perk up and take notice of ‘Its just life! for the next 4 days.

Bored to tears you maybe but this is the most important and dangerous General Election for the past 100 years! 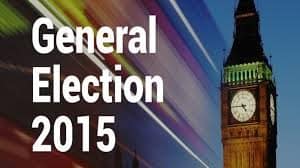 So just why is this General Election so important, well simply because we currently have the most strongest economy in the developed world and the benefits of that strong economy are just starting to filter through to the general population.

Considering where we started from in 2010, the near demise of the Euro in between and the weak performance of the Euro Zone it is a remarkable achievement and due in no small part to the Conservative Party!

What about the Lib Dem’s you might say, on this point, this rare occasion I do agree 100% with Nick Clegg in his statement that without the Lib Dem’s we wouldn’t have had this strong economic recover and he is correct.

Without the Lib Dem’s we would have had a lot stronger and deeper recovery together with a fairer society, lower immigration, fairer Human Rights, tougher policies on the EU, lower foreign aid and a fairer 2015 general election to look forward to due to equalization of the constituency boundaries – the Lib Dem’s have a lot to answer for but we will cover the Lib Dem’s in a later article. 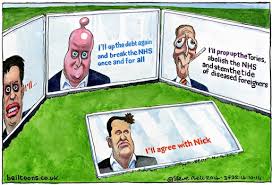 The reason why this General Election is so important is because the polls are so close and anything other than a Conservative majority will put the whole recovery and the very future of our country in danger, just look at the opposing forces.

The one and only thing Labour, Lib Dem’s, Greens, SNP and Plaid Cymru offer is Socialism, it isn’t working in France, has never worked anywhere in the world and the only thing it has to offer the UK is a dive to the bottom and back to the despair of the 1970s, one thing is for certain, under Socialism the relative poor will get a lot poorer, only the left-wing political elite will gain!

Follow the ‘Its just life!’ team this week to get the real lowdown before you place your vote on Thursday and voting on Thursday is something you really must do!

Can any party win a majority?
Labour gets ready for second 2015 general election
General Election 2015: Pollsters predict a Tory lead – but an Ed Miliband government