Referendum, so there we have, amazingly, against all the odds Brexit won out, a blow for democracy against the ruling elite bit already we have the Lib Dem’s saying that they will campaign at the next election to take us back into the EU and we have David Lammy MP saying MPs should block Brexit in the Commons!

Referendum, Brexit won out, a blow for democracy against the ruling elite

Referendum activists on the Remain side are gearing up to try and block Brexit, a petition has been started to try and get a re-run of the referendum with over 2m signatures so far, the Lib Dem’s say they will campaign for re-entry to the EU at the next General Election and David Lammy MP is trying to drum up support in Parliament to stop Brexit in its tracks.

But put into perspective 17m voted to remain and it would be easy to get 2m of those supporters to sign a petition, where were the Lib Dem’s during the EU referendum and David Lammy is playing with fire trying to challenge the result of such a positive referendum result

It has to be remembered that if Remain had come out on top, even by a much smaller margin and tried to pull these stunts they would have been isolated and told to go away, you have had your day, accept the result, any attempt to challenge the result would have been ridiculed, as for the Lib Dem’s to campaign for re-entry into the EU in 2020 will usher their demise because there will be no appetite for it by then.

if Remain had come out on top, even by a much smaller margin and tried to pull these stunts they would have been isolated and told to go away, you have had your day, accept the result

The Leave victory and by such a large margin, 48% to 52%, was remarkable given the way Cameron had tried to fiddle the referendum and the way it was slanted towards the Remain campaign from day one, in every area money, TV/media coverage, leafleting, use of the government machine to support Remain to such an extent that if it had been a narrow Remain win Leave would have had a valid claim that the referendum was unfairly weighted but any claim would have been dismissed out of hand by Cameron and Osborne.

Remain are now accusing the Leave camp of running a campaign of lies but in fact to their credit they were trying all the time to bring the agenda back to the really important points at stake and that was democracy, freedom, the ability to make our own laws, control our own borders, retake control of our fishing grounds etc. and yes the £350m per week which goes to the EU was contentious but that was more a case of explaining it poorly.

The £350m was the amount which was due each week but was less what we get back for our farmers and specific projects and the government is told how to spend it and of course the rebate which is always being challenged, if we continued to fund farming and the other projects we would have nominally £175/200m to play with and half of that would probably go on the NHS.

the £350m per week which goes to the EU was contentious but that was more a case of explaining it poorly.

The Governments Remain campaign was actually very nasty, apart from the very open attempt to give the advantage to Remain at every opportunity, note £9.5m spent on pro Remain literature at taxpayers expense, the nasty direct personal attacks on Boris Johnson and Michael Gove and the marshalling of the whole Whitehall machine against the Leave campaign it was significant that neither Cameron, Osborne, Stuart Rose, Heseltine, Patton or Major came up with one single positive reason to stay in the EU, just dodgy scare stories and personal attacks.

It should be remembered that although trade, the pound and the stock markets were all important factors in the debate trade is negotiable, and the pound together with the markets will bounce back as after the ERM debacle but the real foundations of the debate were, or should have been this:

Another telling thing about the Remain campaign is that apart from not putting forward one creditable reason for staying in the EU, apart from the bomb under our economy, armed conflict, redundancies starting to be issued on the Friday after the referendum and the rest of the Armageddon scare stories both Cameron and Osborne refused to debate the issue face to face with the leave side but it has to be said they would probably have lost heavily because there is no sound economic reason to stay in the EU, we probably shouldn’t have joined in the first place..

we fought two World Wars for Freedom, Freedom of Speech, Democracy, the rule of Law and the Freedom to make our own laws

What we have now gained from this referendum is the ability to start fully governing ourselves, to control our own borders, to reclaim our lost fishing grounds, to reclaim lost markets and regain our place in the world, the coming years will be very exciting and might I say, successful for the UK as a whole, I have faith in the British people, their enterprise and their ingenuity.

During the coming week we will look at the trade issue, the Conservative leadership, UKIP and the disintegrating Labour Party but one thing really stands out, the Government Remain campaign was poor, nasty and vindictive, thankfully for our countries sake they lost and deserved to lose!

Be one of the first to comment, have your say because YOUR VIEWS are important, COMMENT BELOW and don’t forget to pick up your FREE offers! 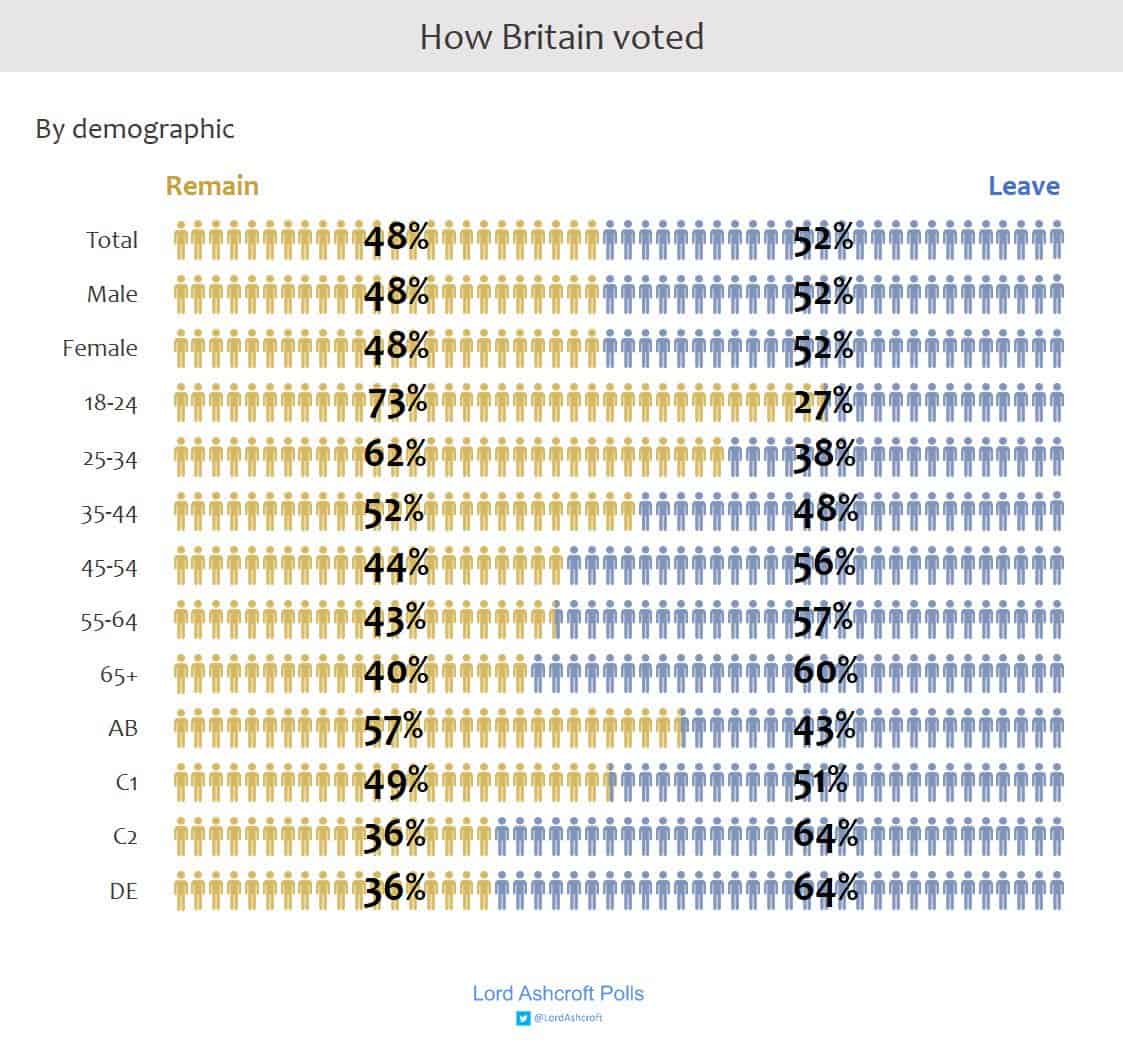 Footsie steadies after opening plunge, with the pound …

‘BBC is yet to accept Brexit is mainstream’ EU vote coverage is BIASED, blasts watchdog

Fears raised over damage to EU project from UK concessions