ENERGY – ‘The first priority of British energy policy should be to enable business and households alike to have access to cheap and reliable sources of energy.’

At the run-up to the general election of 8 June, the GWPF called on all parties to adopt policies that prevent further economic harm to the UK economy and halt the rising policy costs to energy bills for households.

In other words, be sensible abour Climate Change, which is happening and be very skepticle about the religeon of Global Warming out of which £billions are being made, the UK Climate Change commitment alone is forcast to cost £400m and that will probably more than double! 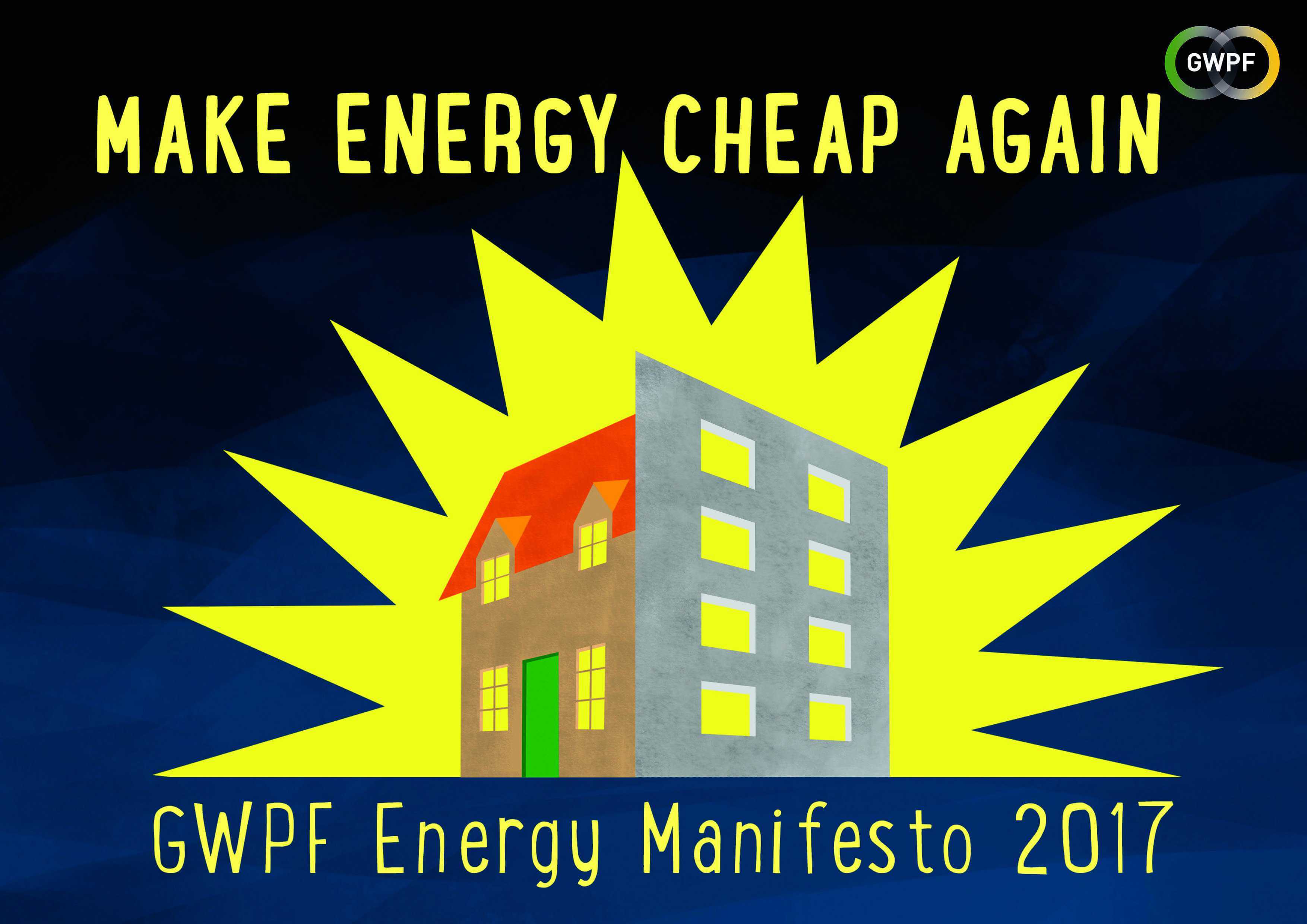 The GWPF manifesto calls on government to undertake a comprehensive review of energy and climate policies to ensure that the UK can prosper as an independent trading nation after leaving the European Union.

The cost of Britain’s unilateral renewable energy policies is running out of control, the inevitable result of replacing cheap and reliable energy with expensive, intermittent sources.

In 2016, the combined costs of the Levy Control Framework (LCF) and carbon taxes reached over £9 billion.

According to official figures, the Climate Change Act will cost the UK economy over £300 billion by 2030, costing each household £875 per annum.

Only through radical reform of current policies can the UK hope to take full advantage of low-cost technologies, tackle the scourge of fuel poverty and improve the competitiveness of the UK economy,’ said Dr Benny Peiser, director for the GWPF.

The first priority of British energy policy should be to enable business and households alike to have access to cheap and reliable sources of energy.

Government should take immediate steps to prevent further economic harm and rising policy costs while simultaneously undertaking a comprehensive review of energy and climate policies to ensure that the United Kingdom as a whole can prosper as an independent trading nation after leaving the European Union.