Discrimination and Racism in the UK is in a mess, it has been hijacked by the Politically Correct Left-Wing elite, the do-gooder, minority groups with no political mandate just Socialist Dream, Chaos and Disaster, as with every Socialist Project!

It all started when Enoch Powell was ostracised for speaking the uncomfortable truth then Tony Blair who labelled people who debated immigration as racist and eurosceptics as little Englanders, it stifled most debate on these subjects even within the Conservative Party for fear of being labelled racist.

It has now started again with Labour’s Diane Abbott labelling all people who voted for Brexit as Racist, it is obvious who the nasty political parties are, Labour, SNP and the Left-Wing Unions both in the work place and universities!

No Google, I didn’t. pic.twitter.com/hF0vXpjcoc

Tosh.O even recorded an “Is Google Racist?” segment poking fun at the discovery.

Now, clearly not one to shy away from tackling the tough racially-charged questions, per The Sun, Google offers the following very specific answer to the question of whether or not it is “possible to be racist to a white person”:

Just to recap before moving on, according to Google “reverse racism DOES NOT exist” because “white people have power to oppress black people because they control the system and economic structure in society.”

Oddly, Google seems to have pulled their “facts” from a Huffington Post article entitled “4 ‘Reverse Racism’ Myths That Need To Stop” which succinctly concludes:  “Reverse racism isn’t real.  No, really.” 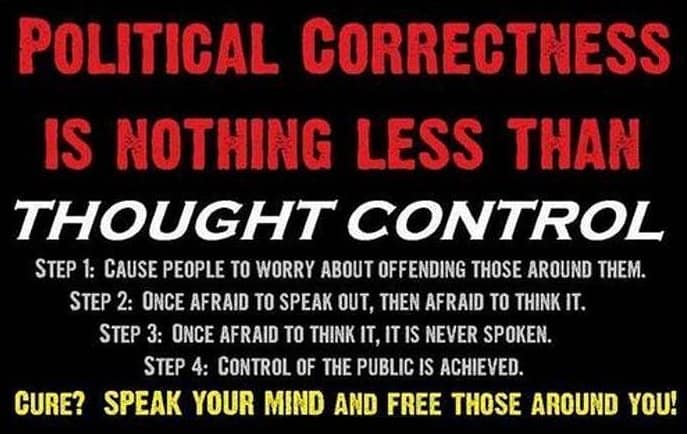 Now we’re not sure about all of you, but the first “news” outlet that comes to mind when we think about hard-hitting, fact-based, impartial, investigative journalism is the Huffington Post.

The establishment, left-wing political elite, politically correct, governments and the world’s luvvies all seem determined to find racism and discrimination wherever it exists or in some cases either doesn’t exist or they create it!

In fact, all you have to do is take a quick look at the Huffington Post article to find that they cite some pretty “credible” sources in defence of their controversial conclusion on reverse racism. Well, on second thoughts it actually only seems to cites 1 “source” and it just happens to be the 2014 film, “Dear White People.”

Still, the film, which was described as “a biting satire of racial politics” by critics, could still be considered a credible source, right?

So, just to summarise, Google offered up a “factual” answer to whether or not “reverse racism” exists in American society based on a 2014 Hollywood movie.  Seem reasonable to everyone?

in a country which enjoys Freedom of Speech NO ONE has a right NOT to BE OFFENDED otherwise you have NO FREEDOM of SPEECH!

The establishment, left-wing political elite, politically correct, governments and the world’s luvvies all seem determined to find racism and discrimination wherever it exists or in some cases

either doesn’t exist or they create it!

Virtually every single action the government of the UK, of all persuasions, has taken to eliminate racism or discrimination has actually created racism and discrimination and this is at the heart of any race, discrimination or resentment problems that exist in the UK.

Let us first look at the hot topic of religion, this is a Christian country also a country that respects all religions with complete freedom of religion and we should have the right to expect that respect to be returned yet with the Muslim faith, for instance, that respect is not returned and the government has been proactive in actually making that religion a protected religion.

I’m sorry about using the word “n—a.” Sorry, you’re offended by a word ONLY when whites use it, so I’ll use it MORE until you get over it!

If you burn the Koran in public you will end up being arrested, if you burn a Bible nothing will happen apart from a few tut-tuts, if you criticise Mohamed you will be in trouble with the Muslim community and probably arrested for a hate crime, in both cases, there is a chance you could be murdered, if you criticise the Christian God nothing will happen, the government has almost built this protection into law whilst the Christian faith remains largely unprotected but thankfully solid in its beliefs.

And this is key to any racism, discrimination and immigration unrest in this country because we can see the very basic values of our country being manipulated to cater for minority groups and the warped mind of the politically correct zealots, as an instance:

The list could go on and on but those are just a few examples of the political correctness and miss guided actions which are a direct threat to our very Democracy, Freedoms, Culture and Freedom of Speech, which we don’t actually have anymore!