Brexit, but what should the real story be about?

Brexit, so here we are, tomorrow Thursday 23rd of June 2016 is really the BRITISH INDEPENDENCE DAY but are we being guided to decide on the wrong criteria, is it really about trade, immigration and jobs or is it about Sovereignty, Freedom to make our own decisions based on our priorities, the Supremacy of Parliament and the ability to kick out our politicians if they fail!

BREXIT – SHOULD IT REALLY BE JUST ABOUT DEMOCRACY AND FREEDOM? 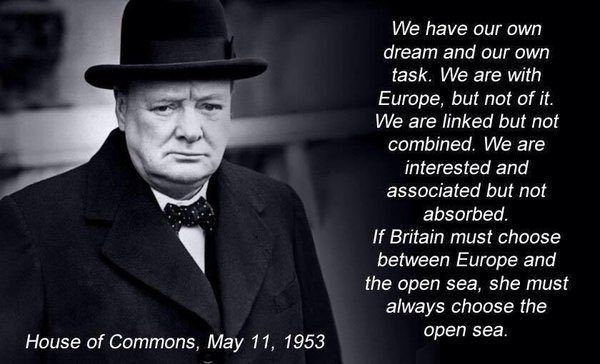 So lets look at the Remain claims
the pound and the stock market will tumble
Yes, if the is a Leave vote they will, driven down by the Remain project fear, the predictions of George Soros and uncertainty but that will only be short term, why do you think George Soros is predicting a major fall, simply because he wants to spend billions buying at the bottom to sell when they rebound, just as he did after the ERM debacle!

every household will be £4,300 pa worse off by 2030
First of all the £4,300 figure is nonsense because it is based on GDP not household income and, despite it being put across as such, no economist or the treasury is saying we are going to be worse off in 2030 than we are now.

It has been forecast that, and remember the treasury has problems forecasting one year ahead let alone 14 years, that by 2030 we will all be 35% better off if we leave and if we remain 41% better off but the treasury has assumed, in the leave case, that during that period the government will not sign any substantial trade deals or do anything to stimulate the economy which is plainly bonkers!

a vote to leave will send the UK into a deep recession
George Osborne has even predicted that redundancy notices will start to be issued in the Friday morning, in fact the protestations of the Remain camp have been deeply harmful to the economy, misleading, naive and very unprofessional. On the treasuries own figures they have forecast that after a Leave vote GDP will fall at 0.1% for the next 4 years, to put that in perspective during the 2008 crash GDP fell by 8% and in this forecast the treasury have again assume the government does nothing to stimulate the economy!

in the event of Brexit we will have to accept the trade deal offered by the EU probably based on the Norway or Switzerland deals and it could take years
Rubbish, why on earth are any politicians even considering a trade deal based on the deals negotiated by Norway, Switzerland, Canada etc; we are not Norway, Switzerland or Canada, we are the 5th biggest economy in the world, the 4th biggest military power, we are founder members of NATO and the UN with have permanent seats on both and we have a world reach father than any other country through the Commonwealth.

Have you heard the one about 3m jobs at risk if we leave the EU, that is not 3m which will vanish on Friday or Saturday but 3m people who work for companies who trade with the EU, to put that into perspective that figure in the EU is 5m, it has also been predicted that if the EU didn’t give us a good trade deal the EU economy, as a whole could shrink by £96billion.

It it obvious the EU needs Britain far more than Britain needs the EU and our negotiators will have a hand of cards poker players could only dream of, in fact shouldn’t we be thinking about what terms we will apply for EU access to the British market?

Finally on that score, we once had the best fishing grounds in the whole world, until the EU destroyed them, getting control back will allow us to restore our fishing industry and become a net exporter of fish.

well then, what about immigration?
What has become apparent during the campaign is that David Cameron has lied to the British electorate repeatedly to get elected with no intention of carrying out his promises, it has now been highlighted that Cameron was told 4 years ago that his immigration target was impossible whilst we are in the EU but he still kept on making the promise which was one of the star promises of the 2015 manifesto, to control our borders and in turn immigration we must leave the EU.

REVEALED: Cameron was told by officials in 2012 directly & explicitly it was impossible to meet immigration target in the EU #VoteLeave

Although all that is critical to our prosperity, is that what brexit is really about?
Though crucial, is it really about trade deals immigration and jobs or is it about Sovereignty, our ability to be a free nation, to make our own laws, to make our own trade deals, to fulfill our destiny in the world as a global trading nation. As the 5th biggest economy in the world, the 4th biggest military power in the world, permanent seats with NATO and the UN, together with the Commonwealth, we will thrive and grow unleashed from the EU bonds.

A chilling quote to ponder

Read the words of the great man Winston Churchill above and make your decision at the polling booths tomorrow but for me, I am voting with the true visionaries in this debate, I am voting to leave the EU – follow me and VOTE LEAVE tomorrow.

Be one of the first to comment, join the debate, have your say as your opinion is so important, comment below.