by Tyler Durden
Submitted by Doug Bandow via NationalInterest.org,

Watching the Brexit campaign generated mixed feelings: it was a little like the man who saw his mother-in-law drive his new Mercedes off a cliff. In the United Kingdom, some people who hated free trade, immigration and market innovation challenged the officious, wannabe superstate headquartered in Brussels. Who to cheer for?

We should cheer for the Brexit-eers, who deserve at least a couple of hurrahs. The European Union created a common market throughout the continent, an undoubted good, but since then has focused on becoming a meddling Leviathan like Washington, DC. For Britain, the virtues of remaining appeared to pale in comparison to the likely costs of continued subservience to Brussels. In a variety of imperfect ways, Brexit promoted liberty, community, democracy and the rule of law. In short, the good guys won.

Here are sixteen reasons why the United Kingdom was better off Brexiting:

1. Average folks took on the commanding heights of politics, business, journalism and academia and triumphed. Obviously, the “little guy” isn’t always right, but the fact he can win demonstrates that a system whose pathways remain open to those the Bible refer to as “the least of these.” The wealthiest, best-organized and most publicized factions don’t always win.

2. Told to choose between economic bounty and self-governance, a majority of Britons chose the latter. It’s a false choice in this case, but people recognized that the sum of human existence is not material. The problem is not just the decisions previously taken away from those elected to govern the UK; it’s also the decisions that would have been taken away in the future had “Remain” won.

3. Those governed decided that they should make fundamental decisions about who would rule over them. The Eurocrats, a gaggle of politicians, bureaucrats, journalists, academics, lobbyists and businessmen were determined to achieve their ends no matter what the European people thought. A constitution rejected? Use a treaty. A treaty rejected? Vote again. A busted monetary union? Force a political union. And never, ever consult the public. No longer, said the British.

4. The rule of law will be respected—or at least not flagrantly flouted. Those signing up as EU members did not realize that the EU would be a transfer union. At least some countries likely would not have ratified the Lisbon Treaty, expanding Brussels’ writ, had they realized that explicit strictures against bailouts would be ostentatiously ignored. No doubt the usual suspects believed they were doing the Lord’s work by violating legal guarantees. But today no one living under the EU has any assurance that laws made, rules issued and promises offered would be kept.

5. Routine incantations of the need for “more Europe” and importance of “European solidarity” no longer will be confused with arguments. Those in charge always want more—more money to distribute, publicity to satisfy, rules to enforce and power to wield. Their vision of “more Europe” is Europe giving them more. “European solidarity” means others caring for them after they have wasted everything under their control.

6. Democracy will have triumphed over bureaucratic inertia. The EU is known for its “democratic deficit”, a Hydra-headed, unelected executive and a parliament chosen by people usually voting on domestic issues, using the polls for the European Parliament to punish errant governments at home. The Brussels bureaucracy has become the perfect means to impose policies that lack political support among member governments and peoples.

7. The pretensions of the EU as Weltmacht never looked so silly. There is a flag that no one salutes, and an anthem no one sings. There are multiple presidents: three, four or five? There is enervating duplication, including an EU foreign minister and diplomatic service along with those representing twenty-eight individual member states. Constant talk of creating a continental military while countries steadily shrink military outlays. Insistence that all which is good and decent comes from the EU as ever more people organize and vote against it.

8. The great satisfaction of watching smug smiles disappear from the faces of Eurocrats on both sides of the English Channel. The Brexit battle never was supposed to be a fair contest. It was intended to solve a Tory political problem, allowing the irreconcilables to make fools of themselves while the best and brightest led voters to the light. But it didn’t work out that way.

9. Demonstrating that other EU members can throw off the cloak of, if not tyranny, bureaucratic obsession. Most previous continental episodes of unplanned independent thinking were crushed—the French and Dutch votes against the constitution, the Irish vote against the Treaty of Lisbon, opposition to bailouts and European Central Bank abuses. The Eurocrats always seemed to win. Until now.

10. The recognition that most human decisions are not wrong but different, and need not be uniform across a continent, especially one made up of such diverse peoples. Common economic regulations, currencies, employment policies, weights and measures, farm programs and legal rights are convenient. However, convenience is not the highest good. People often value different approaches and standards and are entitled to live their lives as they wish, even if inconsistent with the continent’s most progressive thinking.

11. England, which pays most of the bills, ignored political blackmail from Scotland, which threatened to hold another independence referendum. It’s not clear why the Scots didn’t choose to leave in 2014. One suspects too many of them were hooked on subsidies from London, which raised the question why the English were so determined for the Scots to stay. Anyway, in the EU poll the English felt as free as the Scots to vote as they wished.

12. The Brits ignored silly scaremongering about how Europe and, indeed, Western civilization, would be threatened if the UK left the EU. Britain would still be a member of NATO—just as Turkey belongs to the military alliance but not the EU. The latter is irrelevant to security: Proposals for an EU military have gone nowhere, in part due to steadfast British opposition. At the margin a more hawkish London might push the EU in a slightly more hawkish direction in the few cases, like Russia, when the continent moved together. But if Vladimir Putin really were the next Hitler, slightly less anemic sanctions wouldn’t stop him. World peace does not depend on Britain in or out of the EU.

13. Schadenfreude is a terrible thing, but almost all of us glory in the misfortune of at least some others. The recriminations among the Remain camp in Britain are terrible to behold. Labour Party tribunes blame their leader Jeremy Corbyn, whose Euroskeptic past created suspicions inflamed by his criticisms of the EU while nominally praising it. His supporters blame the Scottish nationalists for not turning out their voters. Former Liberal-Democrat Party leader and deputy Prime Minister Nick Clegg trashed Cameron and Chancellor of the Exchequer George Osborne for seeking political advantage by holding the referendum. The Scots are mad at the English. Irish “republicans” in Northern Ireland also are denouncing the English, while their longtime unionist rivals are trashing the republicans. The young are blaming the old for ruining their futures. Apparently, America isn’t the only home for myopic bickering.

14. Sometimes the advocate of a lost cause triumphs. Nigel Farage has been campaigning against the EU forever, it seems. Yet every advance appeared to trigger a retreat. His United Kingdom Independence Party picked up support, but then had to shed some of those whose views really were beyond the pale. UKIP was able to break into the European Parliament, which it hated, but won only one seat at Westminster, despite receiving 3.9 million votes, or 12.6 percent of the total, in last year’s election. One reason was that Cameron and the Tories stole his issue, promising a referendum on the EU—in which they then opposed separation. Election night he admitted that it looked like the UK would choose to remain. Except the British people ended up taking his advice.

15. A bracing reminder that people want to believe that their views matter, that what they do actually makes a difference and those claiming to represent them actually listen. Today’s political consensus, in which certain concerns are treated as inappropriate for polite company, drive otherwise normal decent folk to the fringes to find political champions willing to speak for them. Debating such ideas might threaten values and policies held by those steeped in modernity and liberalism, including people like me. But otherwise frustration will boil over in far more dangerous ways.

16. The pleasure of disrupting a choreographed ending amid much crying and gnashing of teeth. Election night began with the comfortable assumption among those at the top of the social pyramid that the forces of tolerance, diversity and rationality had carried the day. Then came the shock of watching Brexit improbably take the lead in early returns. Remain “victory” parties emptied and politicians who orchestrated the Remain campaign contemplated the ruin of their careers. Those at the top suddenly found themselves in the political queue well behind their rural and working class compatriots. 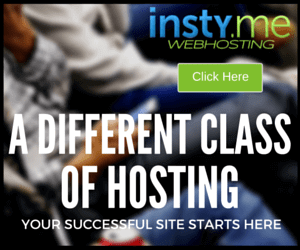 Could Brexit turn out to be a mistake? Yes. Unfortunately, we live in an uncertain world with imperfect knowledge. We can only guess at the future. Both the UK and EU must handle separation with maturity unusual for politicians, especially those in Brussels. Europeans should apply the important lessons learned in changing EU policy and operations. The Brits must unilaterally follow an outward economic and political policy. None of these will be easy and much could go wrong.

However, Britain has been capably governing itself for hundreds if not thousands of years. In that light, Brexit appears likely promote the right people and ends. At its best, Britain’s departure will revive the UK’s most basic principles of self-governance and spur EU members to rethink the “European Project’s” attempt to create a superstate by stealth. Those wouldn’t be bad results for a measure that was never supposed to have much chance of passing.