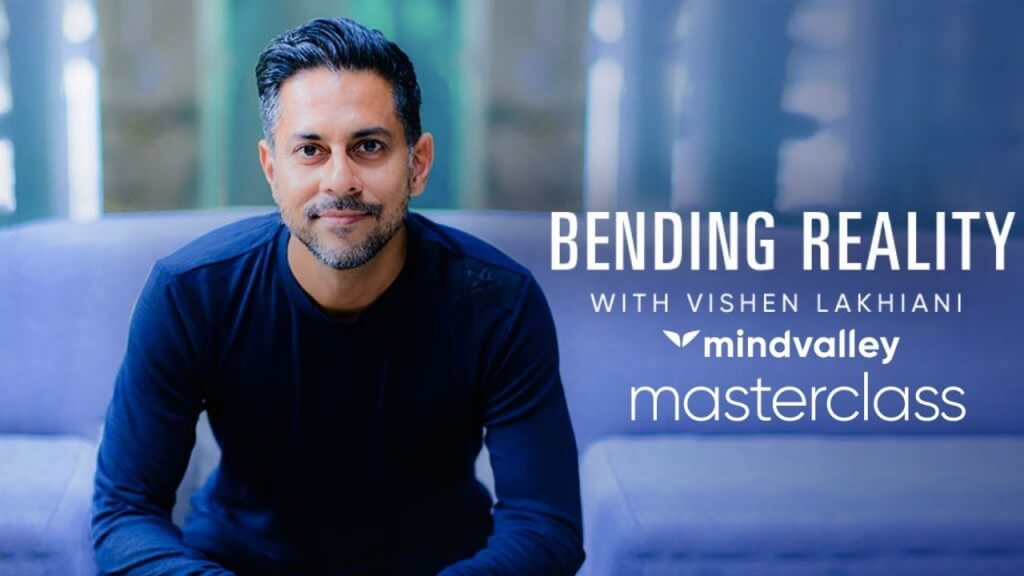 I’ve been fascinated by how prevalent this bullshit idea is around the concept that, to be successful in life, it’s about your education and it’s about hard work. I don’t buy it. I interviewed hundreds of individuals who are at the peak of their career and at the peak of their life. They are crushing it at work with money, but they’re also healthy, well, successful, and enjoying life. And none of them, none of them, ever credit their education or hard work for how they got there. Rather, as I go deeper with them, what they all talk about is they’ve been able to access certain altered states of mind that some people dismiss as being spiritual.

But the fact of the matter is human beings are not taught how to tap into altered states of awareness, to make an impact on the world. And in this Masterclass on Mindvalley on the concept of bending reality, I go deep into that formula. You see, the people who tell you that it’s about hard work, that it’s about what you know, they’re addressing what is the mass of the population who are at level 1 awareness, but there’s a level 2, a level 3, and a level 4. And the higher up you go, the more it has to do with your inner state of being, the more it has to do with being able to access certain altered states that produce the effect as if you are able to bend reality.

When you read the books of some of the most remarkable people in the world, you find that this phenomenon comes up over and over again. Read Walter Isaacson’s story of Steve Jobs, twice in that book he referenced Steve Jobs’s ability to bend reality. Read the stories of Richard Branson and how he lives his life in a state of flow. So for the longest time, we have taken spirituality out of work, we have taken spirituality out of entrepreneurship, we have dismissed spirituality as being bogus or woo-woo.

But the fact of the matter is, today, if you want to succeed at what you do and succeed at life at the same time, you’ve got to tap into a spiritual core. Now, if you can accept any model of reality, why not choose one that suggests that you can literally bend reality with your mind? Think about how powerful that would be. If you find this idea’s interesting, I’d love to see you on this Masterclass that I’m doing on Mindvalley. .

Tagged becoming limitless, extraordinary life, finding your purpose, goal setting, how to be happier, how to be happy, how to be motivated, how to be successful, how to change, how to grow, how to improve yourself, how to succeed, law of attraction, life purpose, mindvalley, motivational video, Personal Development, personal growth, self development, self improvement, success motivation, successful habits, the code of the extraordinary mind, tips for success, vishen lakhiani
Subscribe
0 Comments
Inline Feedbacks
View all comments